A tax guide to property ownership in France for non-residents

A tax guide to property ownership in France

The Cote d’Azur region has always attracted lots of investors, both French and foreign. How French taxation rules are applicable to these investments is an important point in the decision to invest. Our mission is to advise clients, because the legal and tax consequences of property investment in France are considerable and vary according to the intended structure.

Taxation rules applicable to the acquisition of a property in France

People who are not resident for tax purposes in France may acquire property there without becoming French tax residents. It is possible to buy property directly or via a French or foreign company.

If a property is located in France, whether the purchase is made by residents or non-residents, registration duties are payable. The rate is about 5.8%. In the case of disposals of investments in companies (whether French or foreign) whose predominant interest is property in France, the rate is 5%.

Property VAT is payable in respect of transactions carried out by taxable persons in the context of their economic activity, i.e., professionals such as developers, property dealers or house builders.

With regard to the acquisition of building land, transfers between individuals entail the payment of registration duties, whereas sales by a professional are subject to VAT, regardless of the tax status of the buyer.

Taxation of property holdings in France

Property holdings may arise directly through a taxpayer or by a French or foreign company.

Ownership of property entrains different taxes depending on whether the property is owned by a natural person or a legal entity.

Non-resident individuals are subject to this tax only on assets located in France, with the exception of financial investments. It should also be noted that individuals who transfer their tax domicile to France after having been domiciled abroad for tax purposes for the previous 5 years are only taxable for ISF purposes on property located in France, until 31st December of their fifth year.

Individuals who own property in France are liable to pay wealth tax (ISF) when their value is at least equal to €1,300,000. In accordance with tax treaties, it is also necessary to include the value of furniture, as well as movable property such as cars, boats, aircraft, etc.

Is payable by owners of property in France. The operative event for this tax is 1st January of each year. Thus, non-residents who own real estate in France at 1st January, whether rented or not, are liable for local property tax.

If the property is not let then council tax must be paid by the owners of the property. The operative event for this tax is also the 1st January of each year.

Ownership through a French or foreign company

Non-resident natural persons, or partners of foreign companies whose predominant interests are in French property, are liable to the solidarity tax on wealth when the company owns property in France whose value is more than €1,300,000.

It applies to property or to rights in property situated in France which is indirectly held by legal entities or bodies, provided that the non-resident taxpayer owns alone, or with members of his family, more than 50% of the shares or rights, directly or through a chain of participations, and whatever the number.

As these companies are not predominantly property companies, the units should be valued in proportion to the value of these assets or securities in the total assets of the legal person.

As far as trusts are concerned, if the tax threshold is reached, the grantor or the person who is deemed to be the beneficiary will be required to include in his taxable assets the property or rights placed in the trust as well as the income capitalised therein. The rule applies to all types of trusts, whether they are revocable, irrevocable, simple or discretionary.

There are, however, exceptions to irrevocable trusts, the exclusive beneficiaries of which are governed by Article 795 of the CGI (public charitable institutions, mutual organisations, bodies recognised as being of public utility) and whose administrator is subject to the law of a state or territory which has concluded an administrative assistance agreement with France with a view to combating fraud and tax evasion. So this refers mainly to charitable trusts.

In all cases, natural persons domiciled outside of France will be taxable only to the extent of their property and rights located in France.

French or foreign legal entities, irrespective of the form or type of entity (trust, combine or investment fund) which, directly or through an intermediary, own one or more properties in France, are liable for an annual tax equal to 3% of the market value of these buildings.

In order to benefit from the exemptions referred to in paragraph 3 of Article 990 E of the CGI, the legal entities must have their registered office:

– within the European Union, or,

– in a third country or territory which has concluded an administrative assistance agreement with France with a view to combating tax evasion and avoidance, or,

– in a state which has concluded a treaty with France enabling them to benefit from the same treatment as entities having their head quarters in France.

In effect, the tax is really only payable in two cases:

However, companies that are liable to pay the tax are much more numerous in practice due to negligence, because to benefit from the exemption of article 990 E of the CGI it is obligatory to file a declaration or a commitment, which is often forgotten.

The administration grants a tolerance during the first request for regularisation for all non-prescribed years, subject to regularisation within 30 days.

The tax is collected in accordance with the rules, penalties and guarantees applicable to registration duties. This 3% tax is often underestimated but the consequences can be disastrous given the extremely severe sanctions.

For any queries, please do not hesitate to contact our team. 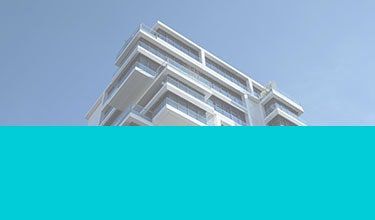